Polo Kidogo was started by Brett and Chrissy Kiely in 1990. While polo is often perceived as elitist and inaccessible, Polo Kidogo aims to broaden its appeal to a greater audience, so that their passion for polo can be shared by more West Australians and visitors from overseas.

Brett was born and raised in Western Australia. He began playing polo at an early age and reached a 5 goal handicap.

Brett is regarded very highly throughout the international polo fraternity and has also been the Polo Manager for High Goal Teams in Europe and USA.

Chrissy comes from Kenya and was first introduced to polo in England where she was fundraising for Friends of Conservation. She is now an integral part of the management of Polo Kidogo and Serpentine Polo Club.

Brett and Chrissy have three children who are all very involved in and enthusiastic about the sport.

Chloe is a 0 goal lady player. She is an integral part of Polo Kidogo and the training of our young stock. She enjoys playing and has represented WA and competes regularly on the Womens’ Polo circuit.

Kate is a passionate horse woman and Equine Veterinarian currently practicing at Shotter & Byers in the UK.

Jack is a 4 goal professional player who travels between Australia, Argentina and America. We entice him back for a few weeks each year to work on our young horses. 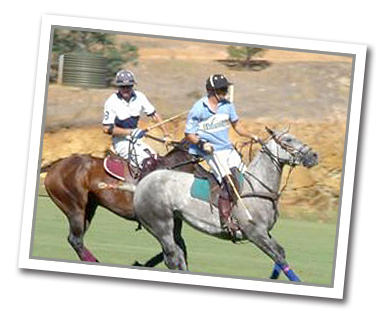 Opportunities for the Spectator